Do we play the blame game again? 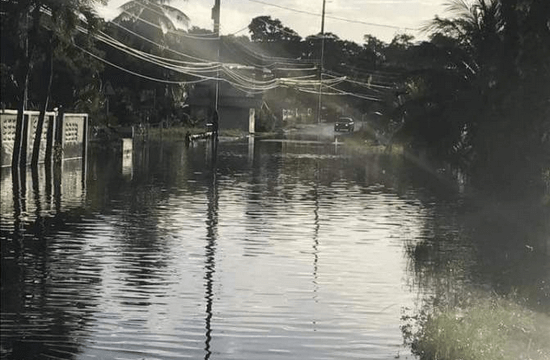 Over the last few weeks, we have been experiencing heavy rainfall in Trinidad and Tobago especially in the central and southern part of the island. Farm lands are covered in water, people are trapped in their homes and have lost thousands of dollars of their personal items. Just stop and think about that for a bit….feeling overwhelmed? I’m sure Larry the farmer does…

But all of this has caused me to ask one question – is there anyone to blame for it all?

Hear me out – for many years littering has been a SERIOUS issue in Trinidad more-so than Tobago. People still to this day throw garbage out their car windows, dump truck loads of garbage in remote areas and side streets and just simply put large amounts of garbage on the side of the roadway whether it be in the city or town.

Our drains and byways are being clogged and water always takes the path of least resistance so if it can’t flow across, it will come up and out. Our riverbanks are overgown and unkept.

I know the government/government bodies has a role to play in ensuring our nation is kept clean by ensuring garbage is collected from overflowing bins, bin placement is not spread out for miles at a time between Barataria and Arima as an example. Part of the Government’s role is to develop strategic bin placement plan that will meet the needs of all citizens.

A working example is Disney World where bins are placed around every corner and close to every food establishment. Persons caught littering are charged. This is another area where our own policies are lagging. The enforcing of the littering laws to deter citizens from creating a habit out of an act that is so detrimental to our environment and well being.

That is the Government’s role. But one thing sticks out, what is our role as citizens?

Do we say well, “someone else will pick that up” or do we start taking responsibility for our actions? Last I checked that plastic bottle doesn’t have feet and that styrofoam lunch box doesn’t have hands so it couldn’t get there on its own.

We have to start looking within to find the solution – we have the ability to make a huge difference in what happens with our environment. Our mindset must change and so to our culture of not taking personal responsibility for our own actions. Start by keeping your garbage on you until you find a bin, ask us (at Siel Environmental) about recycling and how you can start doing it at home or at work, remind yourself daily that you can make a difference.

Because remember when you want to point the finger at someone, four others point right at you!

Leave us a comment and let us know what’s the one thing that you pledge to do to  protect your environment.

Hello, and welcome to Siel Environmental Services Limited! We are a for-profit social enterprise specializing in waste education, waste management training, and waste project consultancy. Founded in 2015 by our CEO and Principal Consultant, Mrs. Sian Cuffy-Young, we are laser-focused on our goal to transform the local waste landscape by delivering effective waste education, training and tools to countless consumers and organisations across the Caribbean.